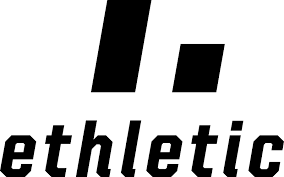 The Ethletic story started in 2004 as a sporting goods company that launched the first fair trade football. In 2010, they released their first sneaker collection. The sneakers were the world's first vegan shoes to be awarded the Fair Trade label for fairly traded organic cotton.

In the meantime, Ethletic has developed into a pure sneaker manufacturer. Ethletic does not see itself as a pure producer, but as a part of a movement that is about sustainability and ecological products should be fair, and vegan at the same time. The entire production of Ethletic is transparent, it is shown where exactly the individual components of the shoes are produced and which vegan materials are used. The production of the shoes takes place in Pakistan, the organic cotton comes from Indian mixed cultures and the certified natural rubber for the sole as well as the glue comes from Sri Lanka.

In addition to the Fair Trade label, Ethletic also has its own projects. For example, Ethletic pays an additional premium of 15% of the production costs to the workers' families. The money is used for health insurance, pensions and to support local ties. If you see models on the site that we don't carry, please write to us, as we can order everything at short notice.


Or use the live-chat function!